What is a solar power plant?

Solar power plants are facilities that take advantage of the Sun's radiation to generate electrical energy. There are 2 types of facilities: 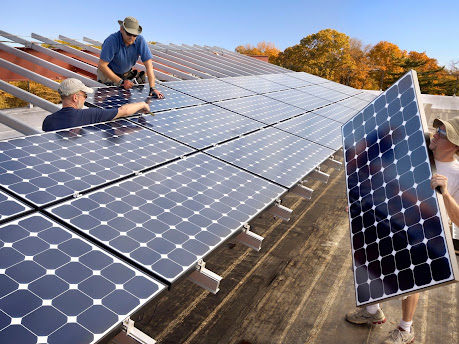 A central tower thermo solar plant is made up of a field of large directional mirrors that reflect the sunlight and concentrate the reflected rays in a boiler located in a high tower. Inside the boiler, the heat input from solar radiation is absorbed by a thermal fluid that is conducted to a steam generator, in which it transfers its heat to a second fluid (generally water) to convert it into steam. This steam reaches a turbine to transform its energy into mechanical energy that will be transformed into electricity in  the alternator.
The steam is taken to a condenser where it returns to its liquid state to be able to repeat a new cycle of steam production.
The production in a solar power plant depends on the hours of sunshine. For this reason, to increase its production, thermal insulation systems are usually used interspersed in the heating circuit.

The photovoltaic effect is a physical phenomenon that consists of the conversion of light energy into electrical energy. The radiation energy (photons) that falls on a heterogeneous structure of semiconductor material (photovoltaic cell) is absorbed by electrons from the outermost layers of the atoms that make up this material. This creates an   internal electric current of a certain voltage. The cells are connected in series to form a photovoltaic module. 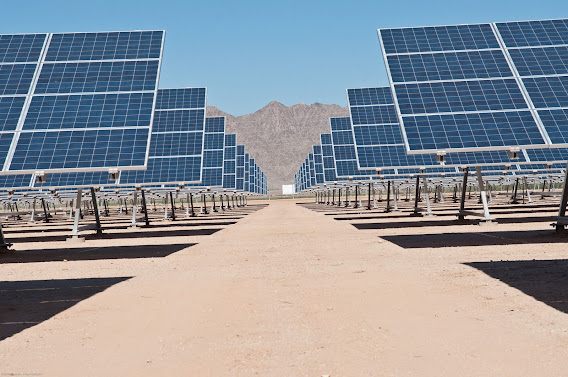 The basic element of a photovoltaic park is the set of photovoltaic cells that capture solar energy, transforming it into continuous electrical current. Photovoltaic cells are integrated into modules that, when joined, will form photovoltaic panels. The direct current generated is sent, first of all, to a direct current cabinet where the transformation will take place with the help of a current inverter and, finally, it is taken to a  transformation center  where the current is adapted to the intensity conditions and tension of the transmission lines of the electrical network.
Solar energy is a renewable energy that does not generate atmospheric emissions or produce liquid effluents. In addition, it avoids the use of fossil fuels and is an inexhaustible source of energy. However, large solar thermal power plants do have an impact on the landscape since, among other things, they need large surfaces to place the directional mirrors. In addition, when their useful life ends, photovoltaic panels leave residues that require specific treatments.