Due to heavy snowfall, 330,000 households in the  region found themselves without electricity. If 90% of households were able to be re-supplied with electricity early enough thanks to the action of  agents, 29,000 households were affected by a blackout lasting several days. Battery Systems An unprecedented crisis that says a lot about the French electricity network: built around large production plants, our model is not resilient enough.

It doesn't take much to enable households to become more energy independent. By equipping themselves with solar panels and batteries, households can overcome grid-related problems without suffering from a shortage of electricity. 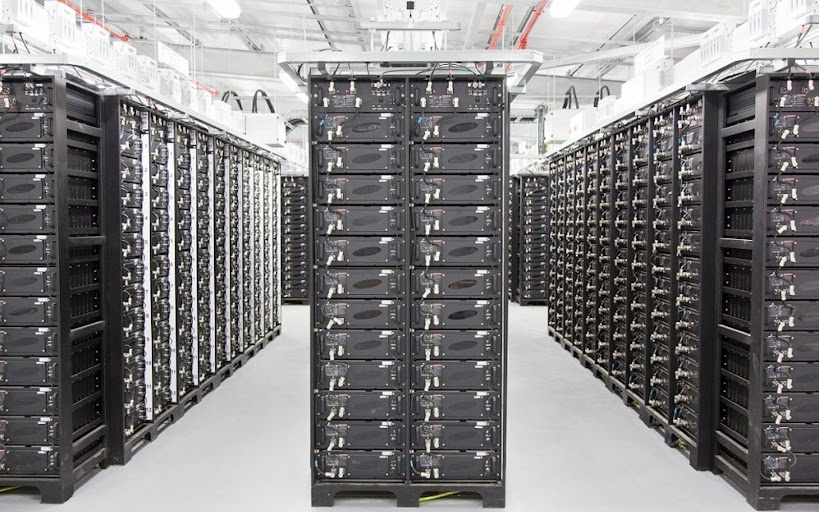 In many areas, France bears witness to a largely centralized model. And energy, especially electricity production is no exception. 71% of the French energy mix comes from nuclear power. The electricity network is therefore organized around large nuclear power plants. It delivers electricity from the production area to the end customer. Despite large and continuous production capacities, when the network is affected, the power is cut. This is what has happened in recent days

Snowfall caused severe damage, depriving many homes of electricity. The centralized model has therefore reached its limits. Indeed, the network as it is built does not allow citizens to have control over their energy supply. This is why, rather than a star network, Comwatt proposes to switch to a spider web model, a more resilient model.

But what is the resilience of territories? This is the capacity of the territories to know how to bounce back in the event of change, not to say a hard blow. It can be illustrated simply: with a solely centralized model, if tomorrow the roads are cut and supermarkets can no longer be supplied by producers, citizens will face a food shortage. Conversely, if everyone grows a few vegetables and stocks a few products at home, a lack of supply Battery Systems will be less penalizing and neighbors between them will be able to exchange missing products.

The same goes for electricity. If everyone becomes a producer, then the difficulties facing the network will be reduced. Today, it is perfectly possible to become an energy producer through solar self-consumption. This is what Battery Systems calls vegetable energy. By installing solar panels on their roof, every citizen can become a small producer of green and local electricity.

Where the model is very resilient, it is also that anyone can become an energy supplier. Thus, in the event of excess production, households equipped with solar panels can Battery Systems it for free or sell it on the network.

But if the grid is affected, even with solar panels, the electricity is cut off? Yes, and for security reasons. In the case of our homes deprived of electricity by snow, the photovoltaic panel is not enough. But it's a good start. To complete, the best way is to buy a small battery to store some electricity at home. The consumer can then switch their home to their own independent network. If they are still expensive, their price, like the price of solar panels, decreases. They are therefore more and more affordable.

If the price of solar equipment, photovoltaic panels and batteries fall, it is always more economical to join forces and make a group purchase. This is the whole point of collective self-consumption, minimizing the costs between neighbors to be able to install solar panels for the use of all.

Unfortunately, due to administrative roadblocks, it is still very difficult to turn to such an alternative. However, they would allow many homes to gain energy independence and reduce their electricity bill.

In addition, this model would help reduce massive power outages like the one in November in Rhône-Alpes. Indeed, by equipping several battery points in the various towns and villages of France, it would be possible to create an alternative network. A quick and efficient way to deal with the vagaries of the climate! What are we waiting for?

Battery Systems informs you about photovoltaic systems with battery storage. Or how to optimize photovoltaic self-consumption while also ensuring an emergency back-up for the continuity of the electrical supply in the event of a network cut.

After analyzing the customer's energy consumption, we opted for the supply and installation of 12 HOPPECKE OPzV 2V-1000Ah batteries mounted in series, which corresponds to a storage capacity of approximately 24kWh. The OPzV are stationary batteries in 2V cells with gel electrolyte which avoids the gaseous emissions that exist with liquid electrolyte batteries type OPzS and which also avoids the need to top up the water, so no maintenance.

Beware of heat for the life of the batteries:

In this specific case, the old batteries were installed in an uninsulated attic which implied high temperatures in summer and a significant impact on their lifespan. In fact, a lead-acid battery is cycled for storage at 20 ° and even temporary storage at 30 ° can reduce their lifespan by 2. The batteries are therefore not very afraid of the cold but are very afraid of the heat. In the event of cold temperature, the battery loses capacity but this remains temporary, in the event of hot temperature, the effect is permanent. For all these reasons we decided to move the Battery Systems to an old broom cupboard that is much better insulated and sheltered from hot temperatures.

The assembly was mounted on a rack with 2 levels, the 12 elements are mounted in series with cables supplied by the manufacturer HOPPECKE. The connection to the technical room which includes the power electronics is made via 2 cables 50mm2